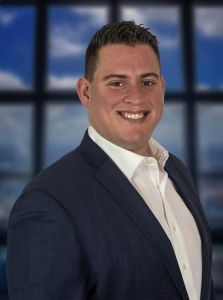 At the young age of 16, Devin joined the Kulka team as an assistant superintendent. Presently, as company CEO, he has expanded the firm’s scope of operations and has overseen projects ranging from corporate headquarters for publicly traded companies to small offices for “mom and pop” entrepreneurs. He’s led projects ranging in value from $100,000 to $130 million.

Devin earned a bachelor’s degree in Business Management from the New York Institute of Technology.

Outside of his work as head of The Kulka Group, Devin is engaged in a wide range of activities in support of the Long Island community at large. He has raised more than $500,000 for Northwell Health and founded The Nexus Pro Group, a networking group for young Long Island professionals that raises money for local charities. Devin serves on the Board of Trustees for the Leukemia Lymphoma Society, where he is Co-Chair of the Man/Woman of The Year Committee. He is also a Board Member of the Long Island Builders Institute and Co-Chair of the Next Generation Committee for the Long Island Real Estate Group. Devin is also a member of the Young Presidents Organization.