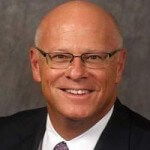 Christopher E. Kent is a partner in Farrell Fritz’s real estate, land use, municipal and zoning practice groups. He contributes to the firm’s Long Island Land Use & Zoning blog.

Mr. Kent previously had his own Riverhead law practice, focusing in real estate, municipal, and environmental law for more than 20 years. While in private practice, he served the Town of Riverhead as Deputy Supervisor (2005-2007), Deputy Town Attorney (2004-2005), and as a Member of the Town Board (1998-2001). Mr. Kent was also an adjunct professor of State and Local Government at Suffolk County Community College.

He began his career as a Legislative Aide in the Suffolk County Legislature in 1982.

Mr. Kent earned his J. D. from Hofstra University School of Law and his B. A. in political science from St. Michael’s College.